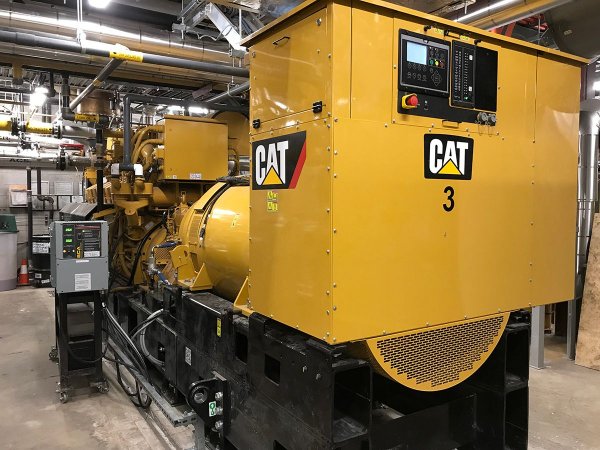 Located at the center of Canada’s Niagara Peninsula, Brock University is a public research university in St. Catharines, Ontario with a total enrollment of over 19,000 students. Graduates enjoy one of the highest employment rates of all Ontario universities— 96.5% within two years of graduation. Brock is one of a handful of universities in the world located within a UNESCO Biosphere Reserve, an ecosystem that promotes the conservation of biodiversity through sustainable use.

When Brock unveiled the new home of its Environmental Research Sustainability Center in a restored 19th-century farm cottage last year, it furthered efforts to produce worldclass research while educating students in environmental sustainability. The school offers an academic minor, as well as a graduate program that aims to facilitate society’s transition towards sustainability. 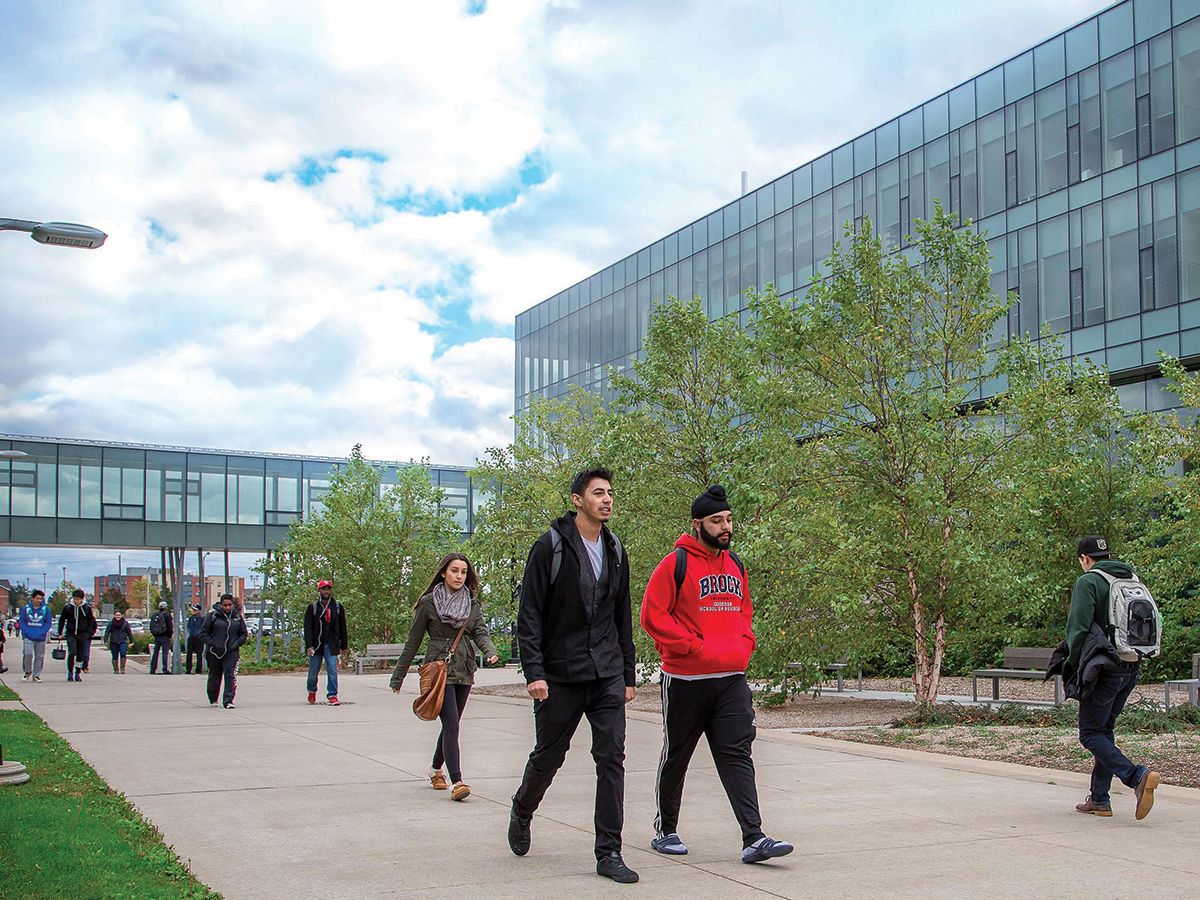 But 25 years ago, well before the sustainability movement gained traction, the university commissioned a 6.4 MW district energy plant. The impetus for Brock to produce its own energy was the rising cost of power from the electric grid—a trend that has continued unabated since the plant began operating in 1994. Beyond cost savings, energy efficiency is at the heart of Brock’s district energy system.

“The original plant was designed as the university’s primary heat source with a byproduct of electricity. This worked well for almost three decades,” says Scott Johnstone, Brock’s associate vice president of facilities management. “We refer to it as an energy multiplier, producing heating, cooling, and electricity, all from one fuel source.”

By contrast, most electricity that comes from the grid is derived from coal, nuclear power, and natural gas, and by the time the power reaches its intended destination, the efficiency rating dwindles to around 40 percent or less, according to the U.S. Energy Information Administration.

“In Ontario, electricity is not commonly produced close to the actual user, making it very difficult to use any of its waste heat,” says Drew Cullen, Brock’s district energy manager. “However, with distributed generation, you can capture all the energy released and transform it to increase your plant’s efficiency. This results in economies of scale and cost savings. 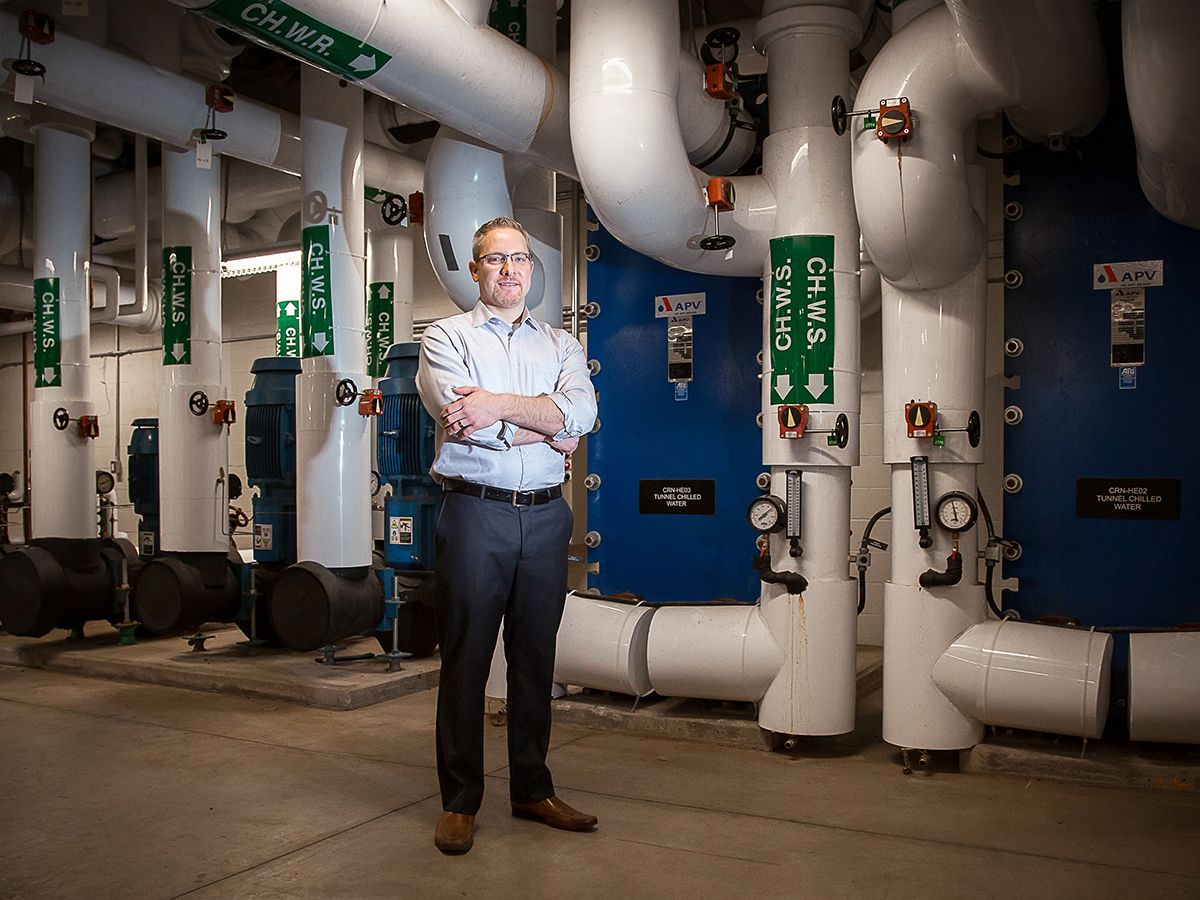 Last summer, Brock began replacing eight old Cat G3516A workhorse engines with four Cat 3516H engines, which produce 2 MW of electricity each. Brock will also derive an additional 6 million BTUs from the engines, while lowering the plant’s consumption of water and natural gas—all of which will significantly reduce the university’s carbon footprint.

While the former plant produced 85% of Brock’s energy needs, the new configuration provides 100 percent of the current campus energy demand. In addition, the new plant is 20% more efficient, reducing nitrogen oxide emissions by 95 percent and carbon monoxide by 93% on a per kilowatt basis.

The increased efficiency of the new G3516H gensets will go a long way in helping Brock meet its goal of a 20% reduction in greenhouse gas emissions by 2023. Jim Bradley, a former member of provincial parliament and Ontario cabinet minister, says the province and Brock University share a common goal: carbon reduction.

“This investment by the Ontario government reaffirms its commitment to reducing greenhouse gas emissions on university campuses,” said Bradley, who is now chair of the regional municipality of Niagara. “This will allow the province of Ontario and its post-secondary institutions to lead by example when it comes to being energy efficient.” 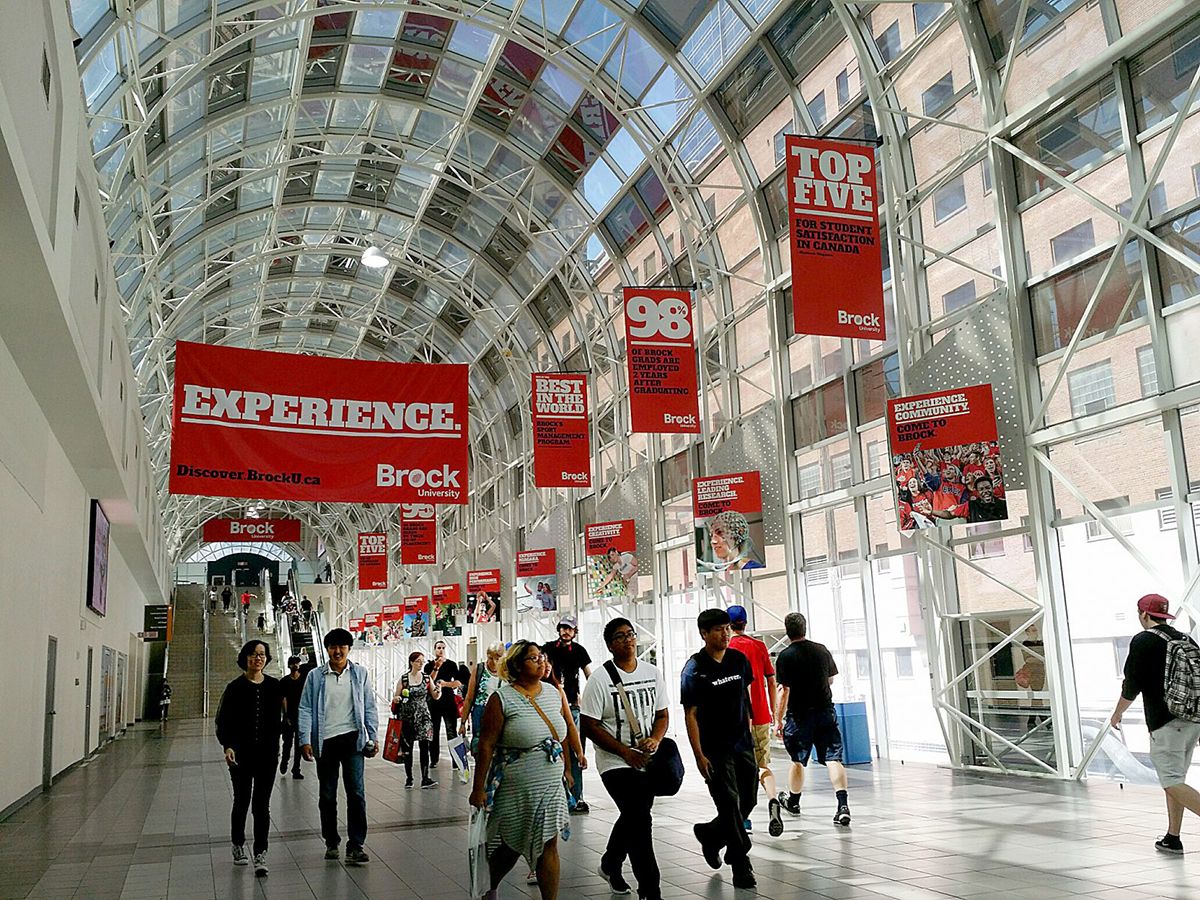 Another advantage of having a cogeneration plant is maintaining a reliable energy supply and campus resiliency in the face of power outages or severe weather. “Many campuses have been considering cogeneration as a climate change adaptation tool,” says Mary Quintana, the university’s director of asset management and utilities.

“That’s something that Brock has already thought about and acted on—having the ability to be energy self-sufficient in the face of climate change and extreme weather events.”

When a massive blackout darkened the eastern United States and a portion of eastern Canada in 2003, the cogeneration plant switched to island mode and powered the entire campus.

Brock has numerus sensitive research-intensive facilities, such as a containment level 3 (CL3) insectiary lab, where scientists disinfect, gown up, and research Zika and West Nile viruses. The lab is used to isolate and identify pathogens that may pose a risk to the staff handling them. Because the cogeneration plant can operate on island mode, Brock is able to protect these valuable facilities.

Over the years, the Brock staff has learned more about how to run the plant and has taken a lead role in the operation and maintenance of the engines.

“Brock has been collaborating with Cat for more than 25 years to provide reliable, costeffective energy to our campus community,” Johnstone says. “We’re now advancing this partnership with a new generation of high efficiency equipment. In addition, we are conducting research together to test new engine oils and additives to extend equipment life, all while making our plant more sustainable.”

Johnstone says savings and efficiencies realized through the plant upgrade will reduce future utility costs, ensure a sustainable operation and keep pace with significant growth of a campus where enrollment has doubled since 2000.

“Sustainability is at the core of all we do at Brock,” Johnstone says. “Brock’s journey began in 1964, and has since become a leader in energy management. This project is taking us to the next level of performance efficiency, and represents the beginning of bigger things to come.”

The watch will be water-resistant with a Hundred feets and furnished with an arranged ribbed african american plastic straps along with titanium or dark taken care of titanium collapsable belt. The handbook injury Hublot Large Beat MECA-10 Look-alike rolex replica Watchin-house calibre HUB1201 consists of 223 parts, All day and jewelry, a few blackened links and offers an electric hold of 10 entire days whenever completely injure.This particular brand new in-house movements will be totally obvious via the show circumstance back again.