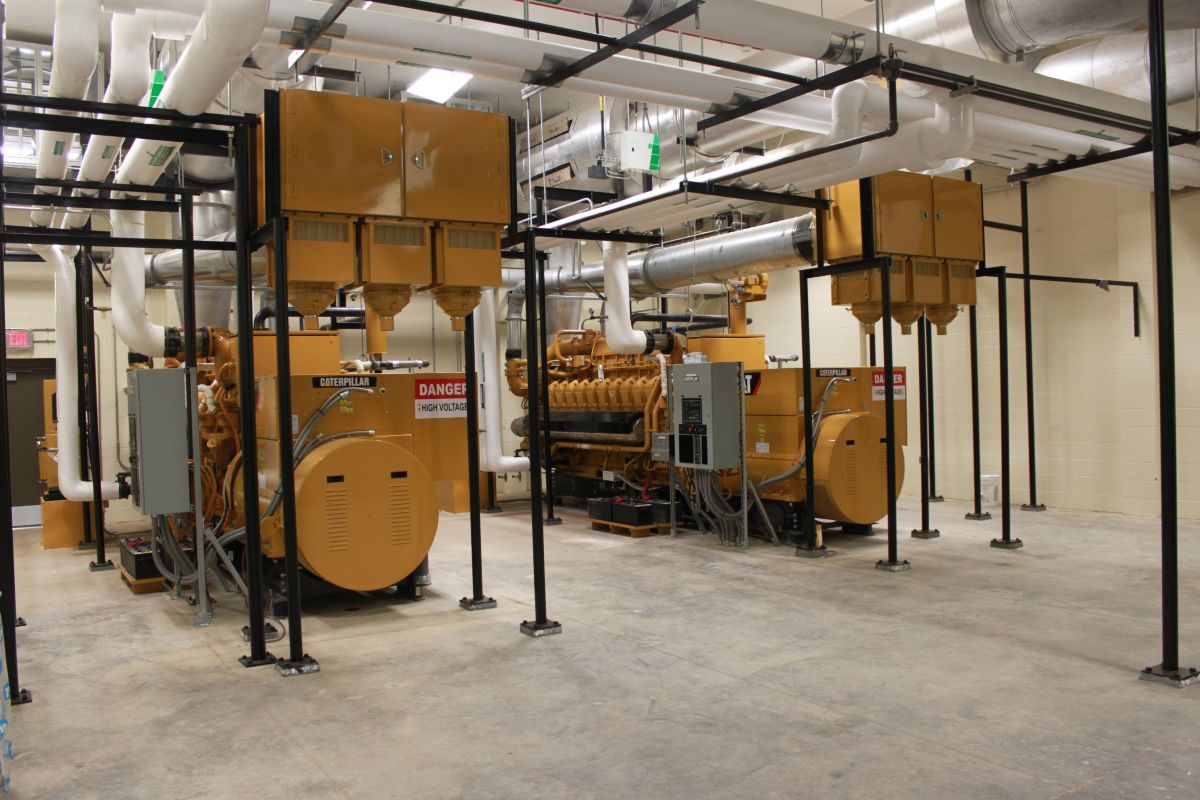 In January 2009, a crippling ice storm moved across Kentucky, knocking out power to the Fort Knox military base for five days. Afterward, the U.S. Army vowed to never have an outage like that again.

Known primarily for its gold vault, Fort Knox is also home to the Army Human Resource Center and a high school – one of only three bases in the country to still have a school onsite. With such critical operations reliant on dependable power, it was important for the base to support its power generation and prevent future outages at the Fort.

Even before the storm, the base had been planning to develop an onsite power source in accordance with the 2007 Energy Independence and Security Act, which required a higher level of energy security at military installations. In addition to these energy security regulations and the base’s power needs, Fort Knox also needed to adhere to the Energy Act of 1995, which mandates a reduction in energy consumption at a rate of 1.5 percent year over year for all government agencies. With these objectives in mind, the Fort partnered with Harshaw Trane to provide a solution that would not only meet all of the base’s needs, but be able to pay for itself.

“We ran multiple scenarios and considered various solutions, including alternative fuels, biodiesel, waste-to-energy, coal and big turbines,” said Tom Abele, a vice president at Harshaw Trane. “Nothing made as much sense as CHP.”

Combined heat and power systems (CHP) capture heat that is generated while producing power and reutilizes it for another purpose, such as heating or cooling. To create a CHP system for Fort Knox, Harshaw Trane turned to local Cat dealer Whayne Power Systems to supply six Cat G3520C gas generator sets, four of which supply power to the base 24/7, and ten Cat 3516 diesel generator sets, primarily used for backup power. The total project payback period is expected to be seven-and-ahalf years.
“Whayne Power Systems’ involvement was critical to successful implementation, and they’ve been here since startup,” explained Greg Lee, an operations engineer for Nolin RECC, the onsite owner-operator of the power plant. “The efficiencies of these generators, as well as the sizes available, really matched up with how we wanted to spread them out across our distribution system.”

Due to its close proximity to the base, Whayne Power Systems is also responsible for maintenance and repairs on the generator sets. “Along the way, no matter how well you’ve prepared, there have been certain things that just couldn’t be forecast,” Lee said. “Fortunately for us, we’ve had the Whayne technicians and engineers who can resolve any issues we encounter, or put us in touch with the right people at Caterpillar.” The generator sets are housed in six separate power stations across the base. In order to monitor and control the generator set s, the Fort utilizes Cat switchgear, which integrates multiple functions into a single-source package. The switchgear was programmed by Caterpillar in Alpharetta, Georgia to provide seamless coordination of the all the base’s power sources.

“They were able to help us find a way to interface each individual switchgear programmable logic controller (PLC) with our economic dispatch PLC, which provides the automated control from one central location,” Lee stated.

The generator sets provide 44 MW of peakload power to the base, allowing Fort Knox to only purchase about 22 MW of power from the local utility. “In terms of kilowatt hours, only about 25 percent of the power for the base will be produced here,” Abele said. “The rest of the power will still be purchased, but it will be without those high demand penalties, and that’s where you start to achieve load unity or power unity.”

The new power system reduced the base’s energy costs by an estimated $8 million per year, with $4.5 million in savings coming from the CHP system. The primary customer for the waste heat is the base’s Ireland Community Hospital. The CHP system is used to heat the building, sterilize equipment, cook food for patients and staff, and provide any required steam or chilled water. The waste heat is also converted into chilled water to cool Fort Knox’s data center.

“So our savings come from demand reduction, or kilowatt consumption avoidance,” Abele added. “When you add up all of the energy avoidance from the thermal side of the CHP, it provides the heating and air conditioning for a number of facilities, plus the electricity savings of the CHP, it totals about $4.5 million.”

With the installation of 21 generator sets, Fort Knox not only saves millions of dollars, but it enhances its energy security, as originally intended following the 2009 ice storm. By using an economic dispatch model, the base determines how much power it should buy and how much power it should produce at 15-minute intervals. With the incorporation of CHP, the base can use its strengthened energy security to help with other needs and issues site-wide, helping to meet its other objectives of reduced fuel consumption. To further to its sustainability effort, the Fort is also completing a project that will convert methane gas from nearby shale reserves into electricity for the post.

“Caterpillar and Whayne have been involved almost from the beginning,” said Lee. “And they’ve been able to help us achieve the results that we want.”