Citadel Drilling Makes Engines Smarter to Save Big on Fuel 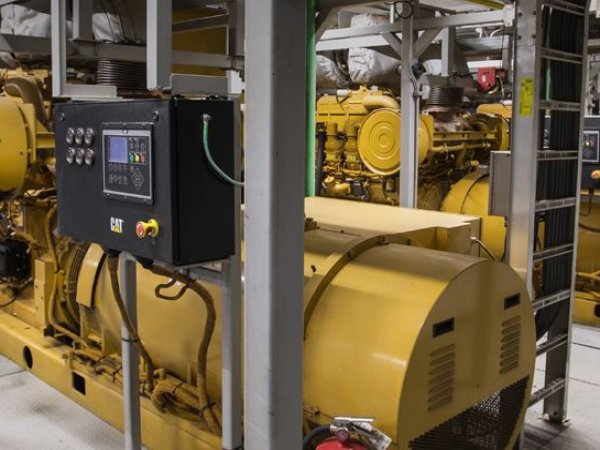 Perhaps it’s because Citadel Drilling is relatively young — just six years in operation — that the Calgary-based company is always open to new ideas and ways of doing business. “Right from the first rig Citadel built, they were all about the latest technology,” says Lief Olsonberg, Citadel’s account manager for Cat® dealer Finning Canada. “If we could explain how it worked and what it did, they were willing to try it.” So when Olsonberg offered Citadel leaders the chance to participate in the technology evaluation for Caterpillar’s Smart Engine Management System, or Smart EMS, they seized the opportunity. Citadel operates six land drilling rigs, each powered by three Cat 3512 engines with Dynamic Gas Blending (DGB).

Citadel Drilling Makes Engines Smarter to Save Big on Fuel

“Caterpillar explained the system to us very well before we put it on, and the support has been there for our guys to run it,” says Dave Hoffman, vice president of operations for Citadel. “We’ve worked together to help Caterpillar test other products in the past, and they always back it up and make it so easy there is very little risk for us.”

Little risk — but plenty of reward. After more than two years using Smart EMS on one of its Canadian land drilling rigs, Citadel is seeing big benefits in fuel consumption, engine runtime and gas substitution.

Developed exclusively for land electric drilling rigs, Smart EMS monitors rig demand and engine load continuously, then matches supply to demand efficiently. If power demand from the rig is low, it turns engines off. If demand is high, it turns engines on. And it all happens automatically and safely, so the rig crew can focus on drilling. That concept was appealing to the team at Citadel.

“For control and engine syncing, it’s above any other system I’ve seen, and the power management part is very efficient,” says Mike Combden, drilling superintendent. “We definitely notice the way the engines run together is a lot better, and it handles the transient load spikes better than the system we had on there previously. We were running a control system before that was not made by Caterpillar, and it’s always a challenge when you put on a third-party product.”

Smart EMS eliminates the debate about how many engines need to be online at any given time because it automates the process, optimizing performance and operating costs based on programmable targets. That efficiency is driving savings across Citadel’s rig, most significantly in fuel. The company has realized reduction in fuel consumption as much as 10 percent — resulting in up to $3,215 saved on fuel in a single week of operation.

“We’re an industry trying to save money everywhere we can,” Hoffman says. “We thought we could save on diesel costs by running our engines this way — only using the power we actually need.”

Smart EMS is helping Citadel get more out of its rig’s DBG system, too. Gas substitution has improved by 5 percent using the system.

“It runs our engines more efficiently, so we get a better DGB mix for sure,” Combden says. “In our industry, you’re pretty much at the point where you’ve got to have DGB because of the diesel savings. It’s a differentiator. If you can prove Smart EMS blends gas better and enables you to use more gas than diesel, that’s definitely a selling point for your operation with the oil companies.”

Integrating Smart EMS into Citadel’s drilling rig was quick — no downtime at all for installation — and Hoffman says the transition for the company’s rig operators has been seamless.

“It’s very user-friendly,” he says. “There’s little or no maintenance. If it needs power, it grabs another engine and gives you power — it basically operates itself. Our operators don’t have to worry about it. They can do other things.”

That may sound simple, but it contributes to a more efficient and more cost-effective rig.

“Before, if the rig was running three engines, all three engines would stay running until it was convenient for someone to turn one off,” Hoffman says. “Our operators were busy, so they wouldn’t shut them down until they had time.”

Because Smart EMS takes the unnecessary engines offline automatically, it reduces operating hours — resulting in about a 9 percent decrease in engine runtime for Citadel so far — which extends both maintenance intervals and time to overhaul.

“The hours are down, so that means less oil changes,” Combden says.

Innovating for the future

Given the success of its first Smart EMS-equipped rig, Citadel is open to the idea of adding the engine load management system to its remaining rigs — and Hoffman and Combden are up for trying out whatever new technology or innovation Caterpillar comes up with next.

“Our experience with Caterpillar is the most important reason we continue to work with them,” Hoffman says. “We’ve had the best luck with Cat products in terms of performance and life, and our Finning account manager provides the support and anything else we need from him.”

For his part, Olsonberg believes Citadel is an ideal fit for solutions like Smart EMS.

“Their people are great to work with,” he says, “and they want to take advantage of what’s new.”

The watch will be water-resistant with a Hundred feets and furnished with an arranged ribbed african american plastic straps along with titanium or dark taken care of titanium collapsable belt. The handbook injury Hublot Large Beat MECA-10 Look-alike rolex replica Watchin-house calibre HUB1201 consists of 223 parts, All day and jewelry, a few blackened links and offers an electric hold of 10 entire days whenever completely injure.This particular brand new in-house movements will be totally obvious via the show circumstance back again.